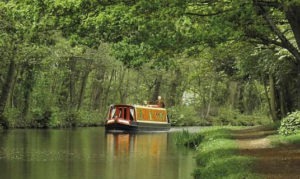 The Trent & Mersey Canal was authorised in 1766 and opened in 1770, the project being primarily Josiah Wedgwood’s desire to exploit the navigable lengths of the Rivers Weaver and Trent (Sherlock 1976, 117).

The Coventry Canal was authorised in 1768 when an Engineer called Brindley won the contract to build the canal from Coventry to link with the Trent and Mersey at Fradley, but it was not completed until 1787.The project ran out of money and was rescued in 1783 by a consortium called the Coleshill Agreement won the contract to finish the project.

Fradley Junction developed as a small hamlet where the two canals met. The junction was always busy with boats carrying raw materials and finished goods to and from the Potteries in Stoke and the breweries in Burton on Trent.

The canal companies built wharves and warehouses for their staff and stables for their horses at Junction Row in the early 1800’s which include the Swan Inn which could stable 22 horses.

In what is now the Canal and River Trust courtyard there were busy workshops where blacksmiths and carpenters made and repaired lock gates and other equipment for the canals. 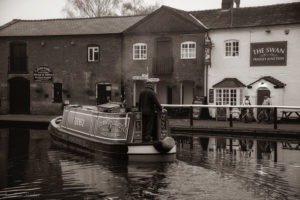 In the early part of the 20th century the canals went into decline due to increase in railways and roads but in the last 50 years the canals have been revitalised by the growth of leisure boating and Fradley Junction is now one of the busiest canal locations in the Midlands Canal network. Some of the workshops and storage buildings have been converted into offices, a visitor reception and Welcome Station, cafe and a base for local businesses. Today Fradley Junction is one of the busiest sites along the canal network and sits in a defined conservation area.

The South Staffordshire Railway was the railway company responsible for building several lines in and around the area of Staffordshire.  After an Act of Parliament was passed to allow it, John Robinson McClean took a 25-year lease on the railway, thus becoming the first person ever to be the sole owner of a railway. 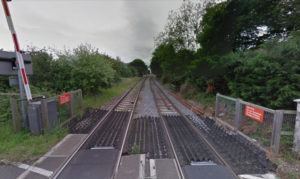 The line officially began at Wychnor Junction, north of Lichfield, and ran through what is now Lichfield Trent Valley passing through Fradley at Fine Lane and Brookhay Lane. Trains then continued through to Lichfield City itself. From there, a plethora of stations along the route were served. The line continued through to Walsall and a low-level station at Dudley Port. This was technically the terminus of the line, but it was connected to the OW&WR’s line and then ran through Dudley itself from 1860. It went on to serve other stations before eventually terminating at the south-western extremity of the Black Country at Stourbridge Junction.

John Robinson McClean owned the Cannock Colliery and was a founding Director of the South Staffordshire Water Works Company.

The most important and prominent road in Fradley is undoubtedly Rykneld Street, or the A38 as it is now. This is thought to have been constructed between 50 – 80 AD and crossed Watling Street, near the Roman Settlement at Wall (Letocetum), just South of Lichfield. Rykneld Street was a very important road linking Gloucestershire to South Yorkshire on a SW – NE route and perfectly straight for many miles.

Many of our village roads have been used for centuries, with evidence shown on tithe maps and more clearly from 1883 onwards on more detailed maps.